Why Buy From Us?

All Around Portable Power Expert 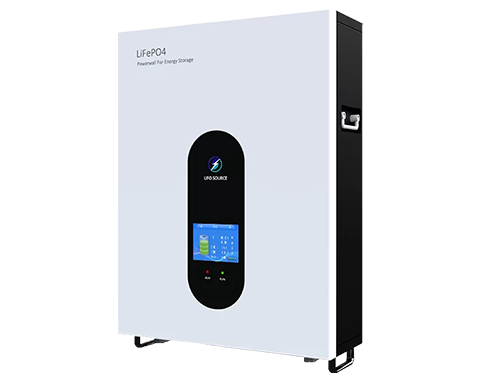 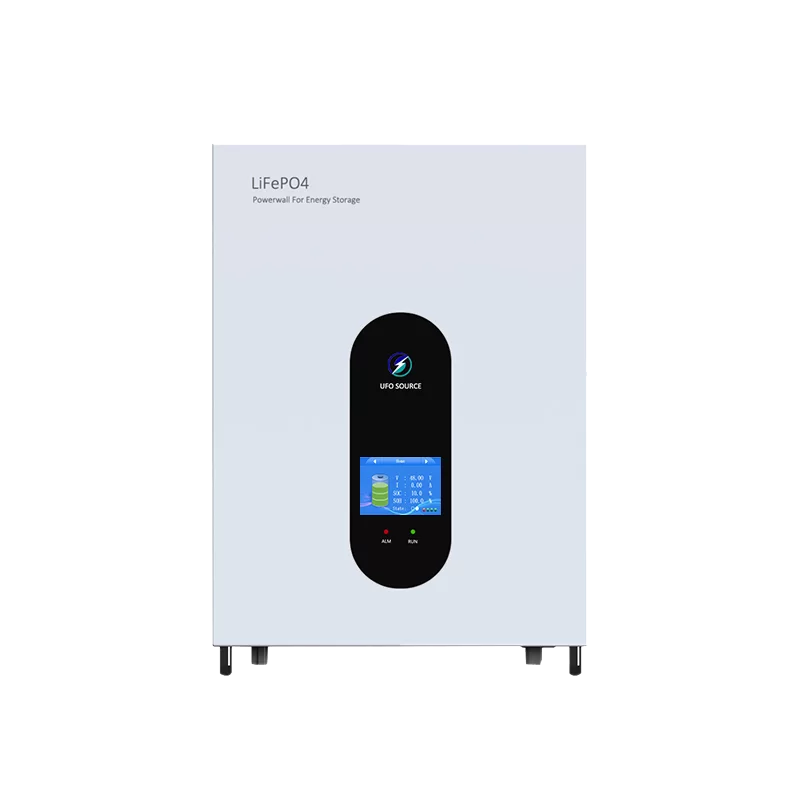 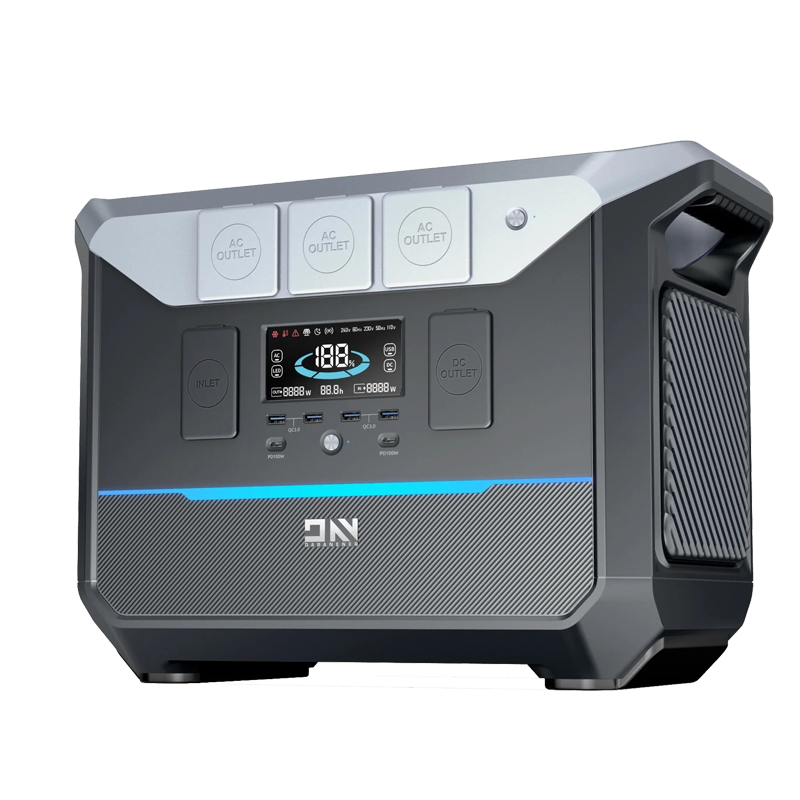 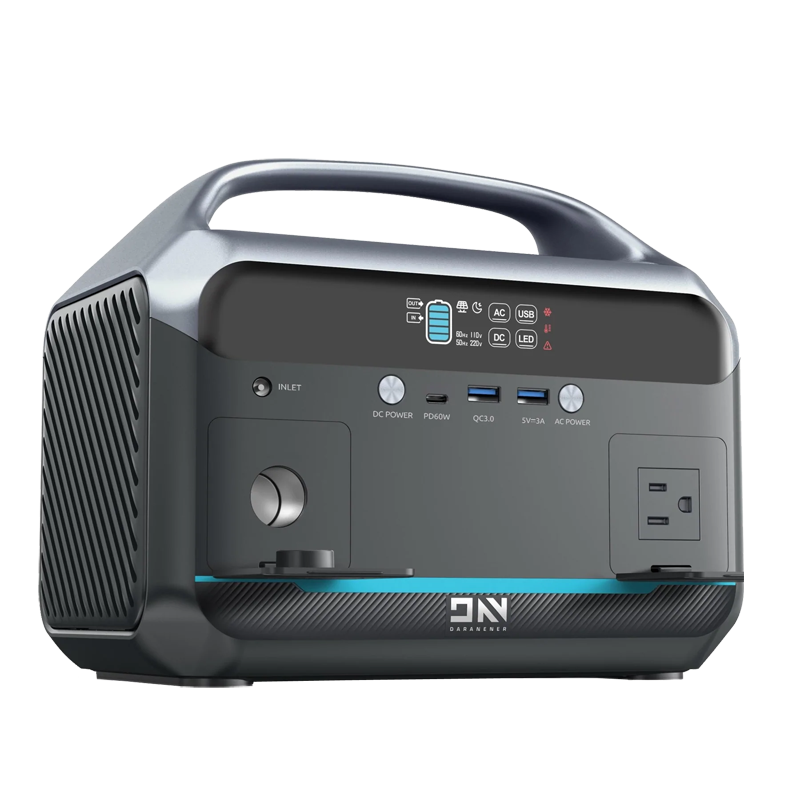 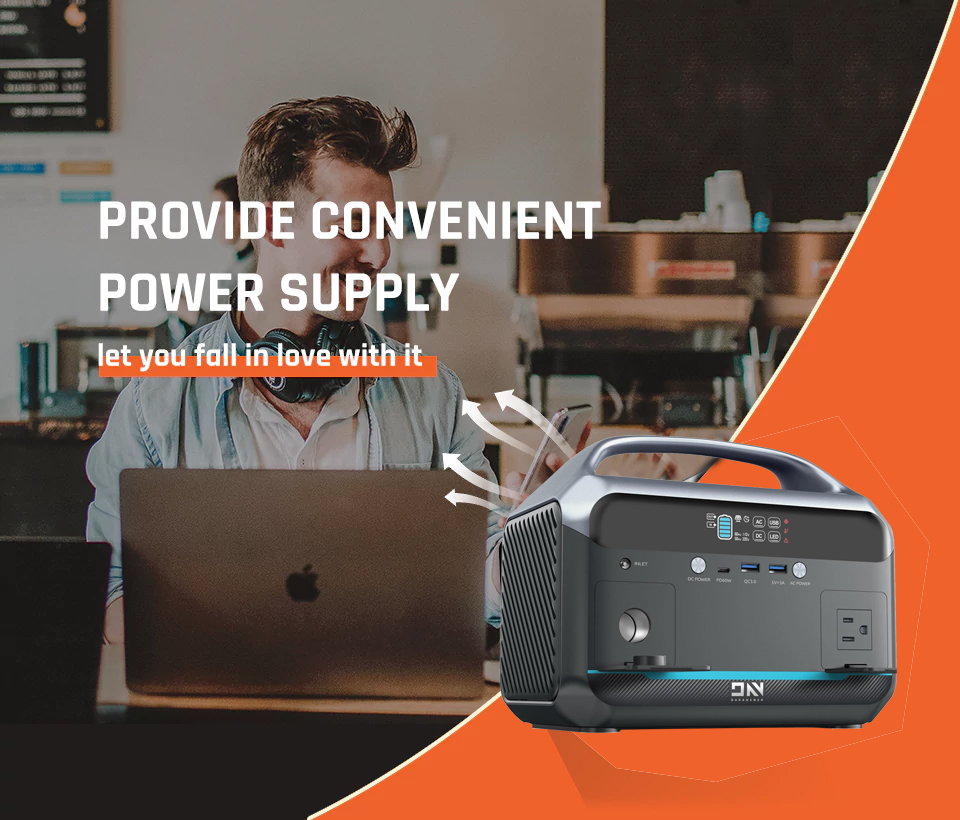 To accelerate and facilitate the global transition to cleaner energy usage by designing and manufacturing sustainable energy storage technology that is affordable and accessible to all.

To continually grow and become a world leader in the production and distribution of sustainable battery technology, transforming the world through positively impacting people’s lives.

How To Use Energy Better

Ensure Your Battery Is Fully Charged Anytime, Anywhere, We Take Care Of Your Home, Indoors And Out. 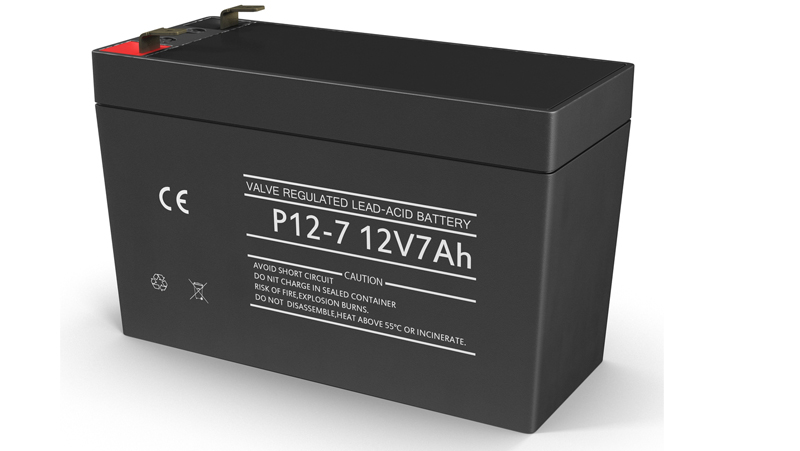 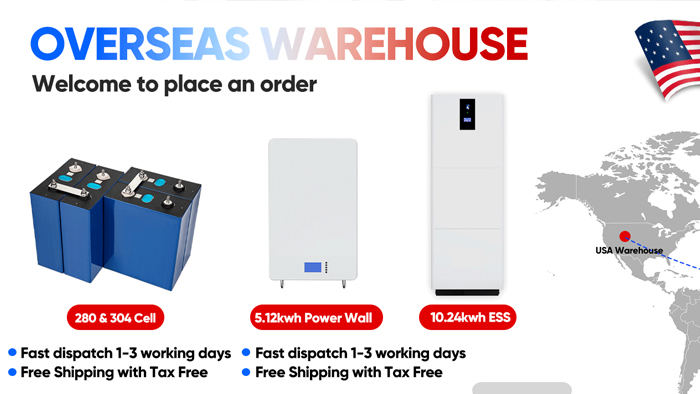 How To Choose The Best Wall Mount UPS & Battery Backup

wall mount ups battery backup ‍ When a power outage strikes, keeping your critical devices running can be challenging. Traditional uninterruptible power supply UPS systems are often too large and heavy to wall-mount in a home or office environment. A wall-mounted UPS is smaller and lighter than the traditional versions and can be installed in ... Read more

Where To Get Battery Operated Wall Mounted Fireplaces

If you want a cozy, rustic feel in your home but you don’t have the space for a real fireplace, battery operated wall-mounted fireplaces are the perfect solution. They look like real fireplaces and operate like them too—but without producing any heat. They are powered by batteries that allow you to light a realistic-looking fire ... Read more

We are a factory and distributor of solar generators and home energy storage. Our products include power storage bricks, wall-mounted batteries, and portable power stations. We do 100% export and have certifications such as CE, ROHS, CCC and FCC for different markets. Our offices are located in France, Germany, UK, New Zealand, Chile and Indonesia. You can enjoy local services as needed or deal directly with our factories.

We are a factory and distributor of solar generators and home energy storage. Our products include power storage bricks, wall-mounted batteries, and portable power stations. We do 100% export and have certifications such as CE, ROHS, CCC and FCC for different markets. Our offices are located in France, Germany, UK, New Zealand, Chile and Indonesia. You can enjoy local services as needed or deal directly with our factories.

It is generally accepted that the majority of us already have some level of familiarity with various methods of storing electrical energy (ESS). Anyone who has ever utilized a household battery or driven an electric car can speak to the fact that it is possible to store electrical energy in a form that may be utilized again at a later time. However, as the nation’s electricity infrastructure comes under growing strain, the storage of energy is becoming an increasingly vital component

Let’s take a look at the different types of energy storage systems, how they work, and the many different devices that may be used to store electrical power.

How Do We Conserve Our Energy Supply?

The term “energy storage” refers to a category that includes both the physical and chemical systems that are capable of storing electrical energy for later use. Batteries, which are containers for chemical energy, are the source of electricity for a variety of electronic gadgets, including mobile phones, laptops, and even electric cars.

Batteries are one of the most common types of energy storage devices; however, they are not the only form of device that can store energy, and due to the high initial cost of batteries, they are not always viable options for large-scale projects. A wide range of different technologies, including batteries, gravity, compressed air, and others, are all viable options for the construction of utility-scale energy storage solutions.

Why is the storage of energy such an important factor?

When the frequency of a grid climbs above the threshold that indicates it is operating safely, this indicates that the grid’s power output has increased excessively. The frequency will fall to an unacceptable level when it is not producing enough energy. In either of these two scenarios, there is a possibility that there may be a disruption to the electrical system, either temporarily or permanently.

Because of this, it is possible that it will be necessary to turn off power plants or disconnect entire towns in order to achieve the desired frequency regulation.

Are You Able to Provide a Description of the Kind of Energy That Is Reserved?

It doesn’t matter how it’s produced; electricity can always be converted into a type of stored energy that can be used. Energy storage is particularly important for renewable sources of power, such as wind and solar, because the amount of energy produced by these sources varies throughout the day. Power plants that run on coal or natural gas, for instance, are able to supply electricity around the clock and have a larger degree of flexibility.

Solar energy is more unpredictable than other forms of renewable energy because it can only generate electricity when the sun is shining, whereas wind energy is extremely dependent on the weather. Using energy storage technologies, extra electricity might be saved for later use, after which it could be sent back into the system. In addition to assuring a consistent supply of electricity, this would also assist to keep consumers’ energy prices down, which would be a significant benefit.

Utilize a Comprehensive Kit of Equipment

Nevertheless, storage can also assist in the efficient distribution of power coming from resources that do not vary depending on demand. The ability of energy storage to add or subtract electricity as necessary to precisely match load – anywhere, and whenever it is required – is especially helpful in situations in which demand fluctuates fast and flexibility is essential.

To phrase it another way, the capacity to store energy is an essential facilitator. When it comes to energy storage, it doesn’t matter if the wind or the sun isn’t blowing: you can still use it. During periods of changing demand, energy storage can be utilized to provide a complement to baseload resources.

How does one go about storing energy? What is the mechanism?

The construction of the first electrical system in the late 1800s by Nikola Tesla is considered to be the progenitor of the contemporary battery storage system. These days, lithium-ion batteries may be found powering anything from electric automobiles to entire homes. They are extremely versatile.

Because of their high energy density, lithium-ion batteries are convenient for use in a variety of common electronic devices. However, they can only store enough power for a finite amount of time and require periodic recharging in order to function properly.

Vanadium flow batteries, which store energy in liquid electrolyte tanks, may be better suited for large-scale initiatives involving the storage of vast amounts of energy than are lead-acid, sodium-sulfur, and metal-air batteries.

The storing of energy for motion

Batteries aren’t required for every technique of storing energy; sometimes they’re even optional. Flywheels are a type of energy storage device that can be reconnected to the electrical grid at a later time after being initially charged by the grid. Because of its capacity of 20 megawatts, the plant is better suitable for managing frequency as opposed to storing electricity for an extended period of time.

Utilizing compressed air as a storage medium for energy

When discharged from a storage chamber, high-pressure compressed air has the potential to be utilized for the generation of power. Since reservoirs, which are frequently buried underground, are difficult to find, very little use is made of this technique.

Elimination of the transmission of heat

The generation and storage of electricity can be accomplished through thermal energy storage by taking advantage of fluctuations in temperature. The most common kind is called concentrated solar power (CSP), and it works by focusing sunlight onto a heat-transfer fluid in order to produce electricity.

When it comes to energy, how much space is necessary for us to be able to store it?

The amount of energy storage that we will require is determined both by where we live and by the goals that we wish to achieve. Because the combination of power sources that make up each grid is unique, it’s possible that certain regions of the planet will need more storage than others.

“To keep global warming below 2 degrees Celsius,” according to the projections of the International Energy Agency (IEA), the globe will require 266 gigawatts of storage capacity by the year 2030. Is carrying out such an action feasible? Bloomberg agrees with us and projects that our total power output will be greater than 942 gigawatts by the year 2040.

Energy storage devices, in addition to storing and distributing wind and solar power to the grid when it is required, could also be used to run natural gas plants during blackouts or as a backup power source.

Is There a Preferable Technique for the Storage of Energy?

Every single means of generating power comes with its own unique set of challenges. Although lithium-ion batteries are capable of storing a significant amount of energy in a very small space, they are unable to maintain the energy they have stored for an extended period of time and require a significant amount of lithium and cobalt.

Both compressed air energy storage (CAES) and pumped storage hydropower (PSH) have the ability to store significant amounts of energy while releasing only trace amounts of chemicals or emissions; however, these methods require a massive amount of infrastructure and may have unintended effects on the environment.

Microgrids, also known as decentralized grids, are an alternative to centralized energy storage facilities that are being created by specific communities as a backup plan in case of power outages or surges in demand for electricity.

It will be important to use a range of energy sources that are specific to different places depending on factors such as climate, power availability, and energy demand for the clean energy transition to be a success. This will be necessary in order for the shift to occur successfully.

Exactly what do we mean when we talk about residential energy storage units?

Not only may large-scale power systems profit from energy storage devices, but individual homes and businesses can as well. If you’ve done research on domestic backup power systems, you might be aware of a lithium-ion battery pack developed specifically for use in homes.

Each power pack is designed to store the power that is generated by solar panels installed on rooftops, and each unit has the capacity to store around 13-kilowatt hours of electricity. It’s possible that you’ll need to install a lot of different units in order to get the amount of power you require, and choosing between an AC-coupled battery and a DC-coupled battery can be a nuisance.

What exactly does it imply when someone says they have “energy storage capacity”?

It is important to differentiate between the power capacity of a home energy storage unit and its storage capacity. The power capacity of a battery is measured in kilowatts and is defined by the National Renewable Energy Laboratory as “how much power may flow into or out of the battery at any given instant” (kW). Kilowatt-hours are the standard unit for representing the amount of energy that may be stored. This quantity is also frequently referred to as the energy capacity or storage capacity (kWh).

For example, a battery that is intended to serve as a backup source of power should have a high capacity for storing energy, but it might not be necessary for the battery to have a high capacity for transferring that energy. On the other hand, a system that is intended to regulate frequency needs to be capable of rapid charging and discharging, but it might not always need to store a significant quantity of power.

It is in your best advantage to compare energy costs and suppliers in order to choose the one that best meets your needs. This could mean finding the most dependable service or saving money, but either way, it is in your best benefit to do this comparison. Customers here at ExtantPower now have the ability to choose from dozens of different energy providers.